What kind of damage can clogged gutters cause?

Have you ever walked past a house that looked like it was sinking into the ground? The veranda and awning might’ve been at an odd angle, and the wooden support beams probably looked as though they were fighting against rot. This is a classic sign of a home that has been left with its gutters neglected for way too long. There are quite a few other ways that blocked gutters can damage your home. Let’s go over a few now, starting with what might be the worst-case scenario; a house that’s sinking into the ground…

If your gutters are blocked, where does rainwater go? Not where it’s supposed to, that’s for sure! Rather than travelling down into the underground stormwater drains, water will overflow and begin flooding your property, causing hundreds, sometimes thousand, of dollars’ worth of damage. You may notice cracks appearing on your internal walls, or you might find your house beginning to sink from the shifting, unstable soil below, caused by excess moisture. 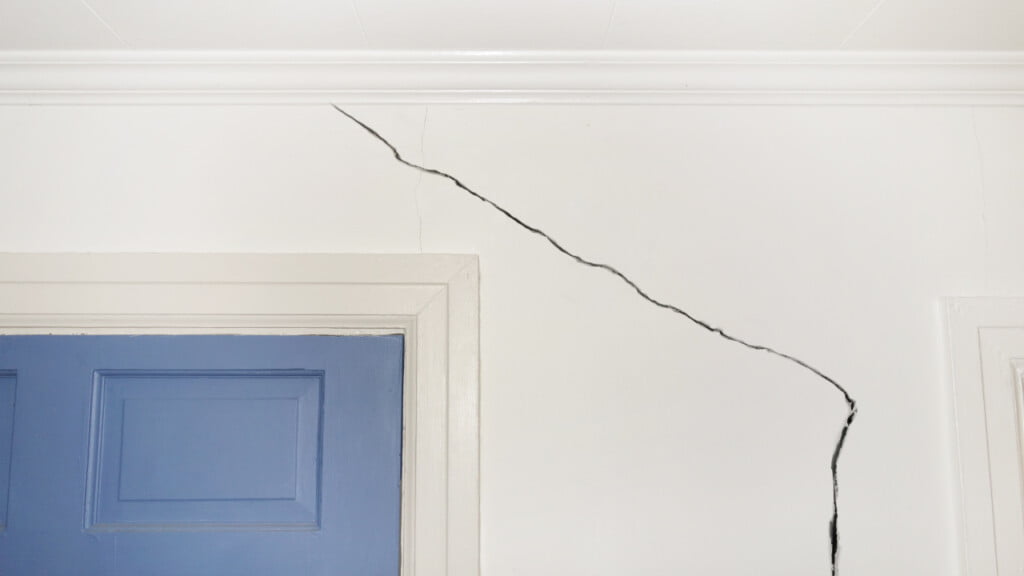 The cause? It’s likely to be a gutter that’s blocked by leaves, pests or some other kind of debris. Maybe it’s a gutter that’s been eaten away by rust due to excess mould or mildew. Whatever the cause, it’s an absolute nightmare to fix a flooded foundation in conjunction with structural damage.

The process of fixing damage caused by a flooded property is something you do not want to have to deal with. In most cases, you will need to have your home restumped or reblocked. Restumping deals with homes supported by original wooden stumps that have been damaged irreparably by flooding, rot and constant moisture in the soil that houses them. It’s a costly process that could easily be avoided by having a gutter guard professionally installed.

The same goes for reblocking which is the process of replacing concrete blocks that are waterlogged and sinking, if your house has been built with them in place of wooden supports.

For brick homes, the consequences of blocked gutters can be even more dire. Have you heard the term ‘underpinning’ before? This is even more costly than restumping or reblocking and is carried out in scenarios where the damage to the property has actually caused the bricks to start splitting at their joins. It involves digging or drilling through the support slab of the home to introduce stabilising materials.

Mould and other not-so-fun fungus can grow in and around blocked gutters, often expanding into the walls and roofing of homes. This is dangerous and can cause damage for a few reasons…

Leaf build-up and debris in blocked gutters can result in an increased fire hazard if the home is situated in a bushfire prone area. All it takes is a small airborne ember to come into contact with a semi-dry leaf in the gutter and your home could be up in flames in mere minutes. This causes danger, not only to your home, but to your entire collection of belongings and you and your family too.

Many people will go through the process of restumping, reblocking and underpinning their homes, sometimes multiple times, without realising that their issues stem from blocked or damaged gutters. The same goes for mould removal and treatment of spores and fungus. There’s a simple solution: have your gutters cleaned regularly OR install a high-quality gutter guard system that will reduce blockage and keep your gutters in good shape for years to come.

The worst part is that insurance doesn’t often cover damage caused by gutters that are not maintained frequently. Sure, your policy may claim to cover damages caused by clogged gutters, but have you read the fine print? Most policies will state that unless regular maintenance is upheld, claims will be harder to process, or not accepted at all.

Here at Leafshield, we provide some super useful gutter guard options to suit all manner of homes, and we are more than happy to install them for you, so you get the best possible fit.

If you think your home could do with its very own shield from leaves, pests and other unwanted blockages, head across to our contact page and get in touch today. Otherwise, give us a call on 1300 LEAFSHIELD (1300 532 374) to speak with a friendly Leafshield rep.